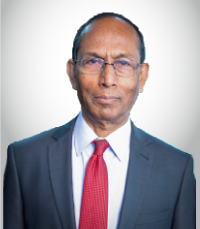 Mr. K. M. Aminul Islam joined Bangladesh Civil Service in 1981 and progressed to higher responsibilities in diverse areas of the Government. Mr. Islam was the first Executive Chairman of Bangladesh Investment Development Authority (BIDA) between 2016-2019. He worked as Alternative Director on the Board of the Executive Directors of The World Bank in Washington DC for three and half years for the constituency comprising of Bangladesh, Bhutan, India, and Sri Lanka. Also he was a Secretary of Prime Minister’s Office in 2009. In course of work for transition to democracy and private sector development, Mr. Islam steered bodies like “Better Business Forum” and “Regulatory Reform Commission” and developed a very strong relationship between the business and Government in Bangladesh. Mr. Islam played a pivotal role in focusing on investment climate, improving investors experiences in doing business and emphasizing on the qualitative aspects of investment regime in Bangladesh. He made commendable contribution to the ‘ease of doing business’ establishing fully functional ‘One Stop Service Centre’ and initiating various reform activities to make BIDA as one of the best ‘Investment Promotion Agency’ (IPA) in the world. Mr. Kazi M. Aminul Islam did his Master of Arts in Economics from University of Dhaka and Master’s in Economics from Boston University, USA. He also attended Mason School at Harvard University. He had a Graduate Certificate in Environment Management from University of Adelaide, Australia.